Start a Wiki
Welcome to the Dirty Bomb Wiki

The Dirty Bomb Wiki is a site anyone can edit.
We are currently housing 195 articles that have been edited 9,589 times since December 14th, 2012

About Dirty Bomb
Dirty Bomb is a team based free to play first person shooter where a fierce battle unravels in the post-apocalyptic wasteland of London. With no law and/or order, it's time to call in the mercenaries. Suit up and go toe-to-toe with other soldiers of fortune as you battle it out for riches and bragging rights.
Mercenaries
Assault 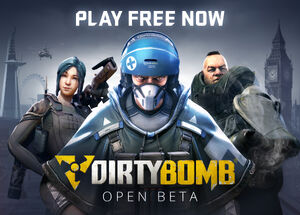 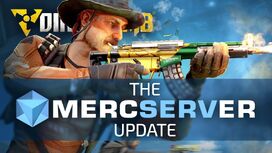 Retrieved from "https://dirtybomb.fandom.com/wiki/Dirty_Bomb_Wiki?oldid=11918"
Community content is available under CC-BY-SA unless otherwise noted.